With our son in the backcountry

I don’t know if our son will remember his first backcountry adventures with his parents soon after his third birthday. What I do hope is that  they will leave a positive trace in his personality and contribute to him becoming someone fascinated by the mysteries of nature, eager to be in open space and to enjoy freedom of movement and the night sky above his head. Backpacking with such a small child is not as difficult as it sounds, but it is, well, heavy. This was not the first time he slept in the mountains in a tent, we did a test in September in the Dolomites, but the hike there was easy and very short. What we did here, one month later, in mid October, was yet another, higher category, as we needed to overcome a much greater distance (some 10km) and altitude (1.100 meters up, followed by 150 meters  down). He walked on his feet some 3-4 km, for the rest of the time he needed to be carried. Add to that camping gear, food and clothes for chilly nights as well as the complete photographic gear, and you have some 17kg on my back and some 25kg on Matthias‘. The descent next day was not significantly easier and both he and I fell asleep the moment we got into the car. Luckily for the three of us, my husband didn’t. 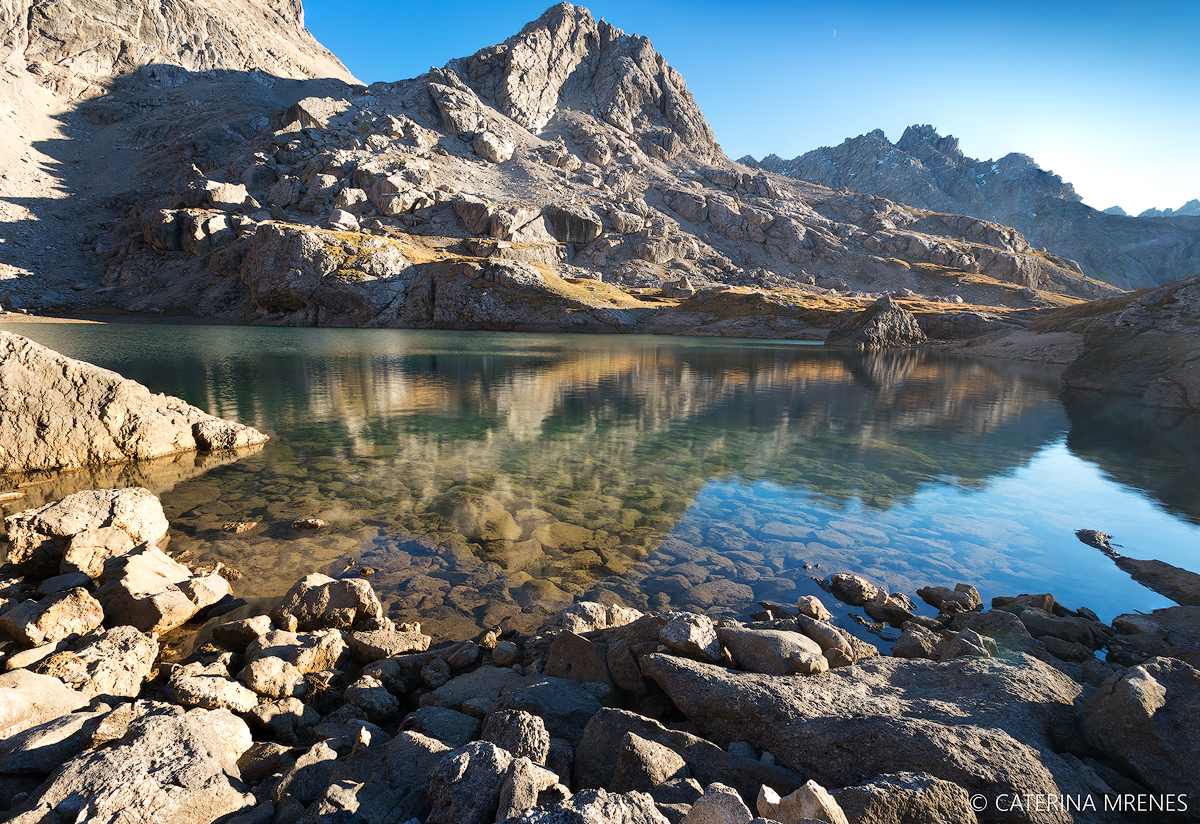 After we reached this see and dropped after six hours (of course, including breaks) the heavy backpacks, I lay down on the dry grass listening to the unbelievable silence around me. It felt very strange, almost eerie, to be surrounded by huge mountains, next to an alpine lake, the whole sky looking down on me, and to hear absolutely nothing: no birds, no airplanes, no wind, no insects, no small dabbling waves. Nothing. This immense scenery was as silent as an empty room in an empty house. 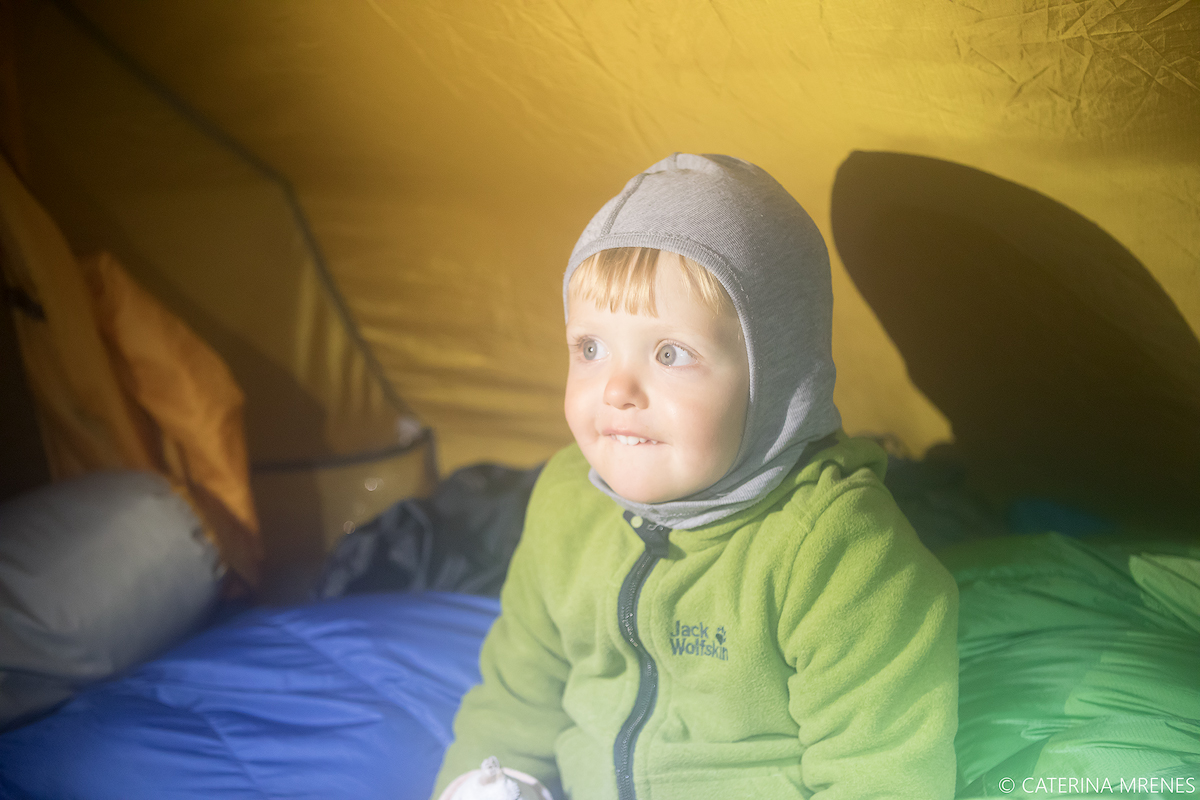 Our son enjoys backpacking very much: setting up the tent and cooking the food on the gas stove are fascinating for him. If there is water nearby he can spend a very long time throwing stones in it. He does however feel the change of environment and doesn’t accept to be left alone in the tent. When he gets tired and wants to sleep we are compelled to go sleep, too. Just sitting in the tent is not allowed, we really have to lie down. Talking is allowed, at least. 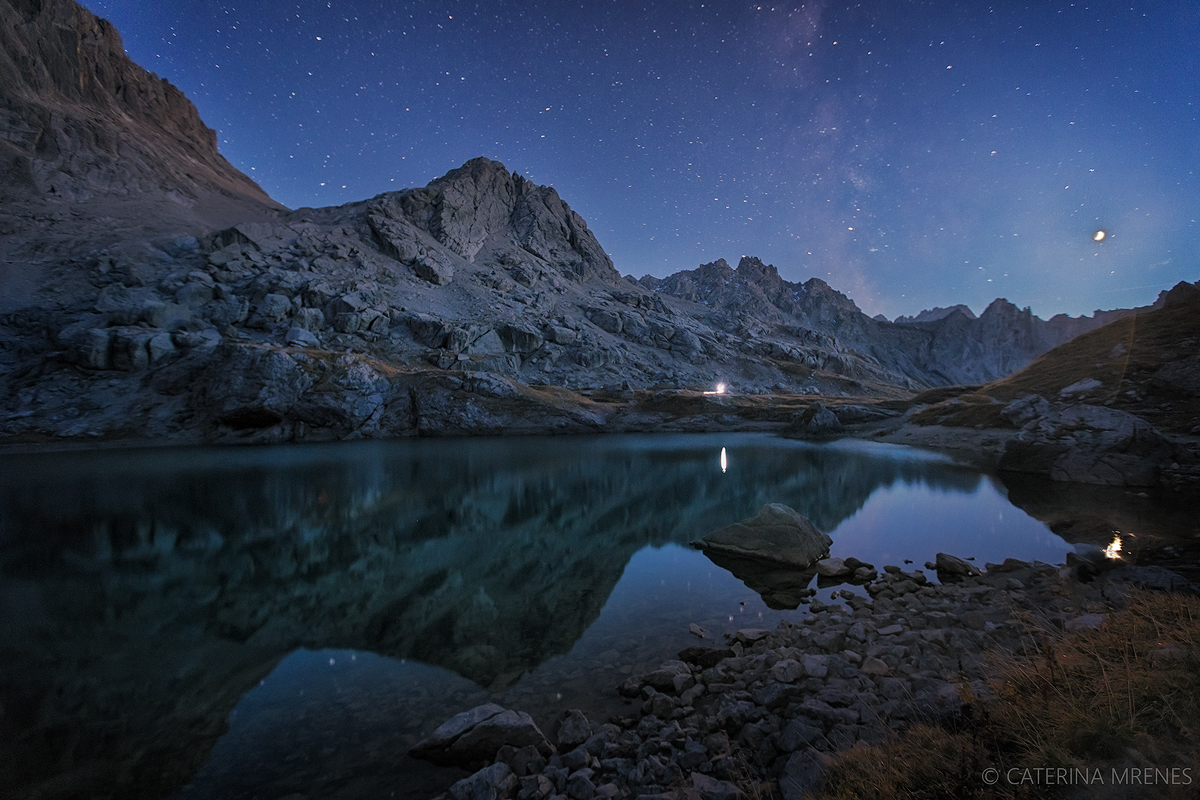 Back home, while I processed this photo I listened alternatively to Piazzollas Tangos (arrangements for piano, violin and cello ) and the sound track of Interstellar (this picture is the result of four exposures blended in Photoshop, so there was enough time to listen to a lot of Piazzolla and a lot of Hans Zimmer). I was also thinking to what Sebastiao Salgado says in the documentary „The Salt of the Earth“, a film I like watching every now and again: every picture must say a story. A very difficult task… However looking at this – unfortunately technically flawed – picture I have the feeling it does say a story: the story of a small family finding shelter for a night in the high mountains, on their small planet which drifts silently through an incommensurable universe. 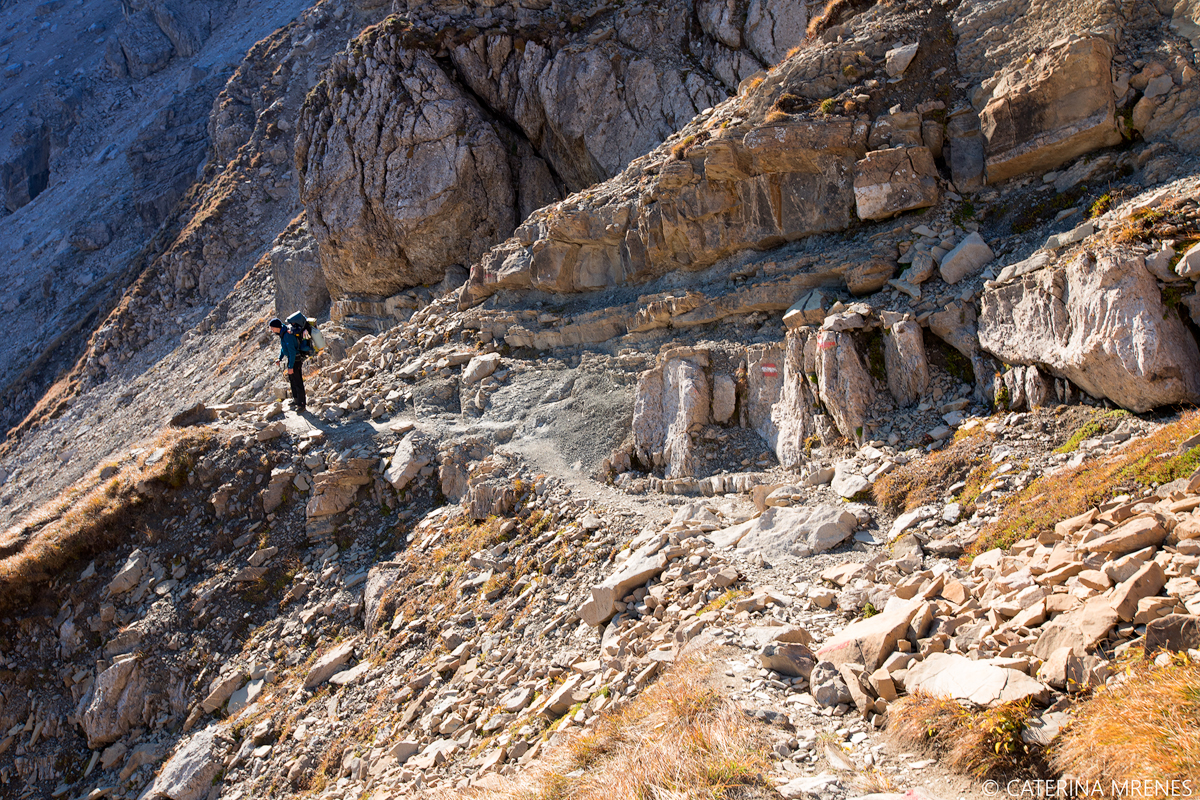 During the whole night a very strong wind puts our tent to trial, but the sky stays perfectly clear, and the next day is just as sunny as the previous one (though not so warm anymore). During the descent we make many breaks, mostly because we know that we will not have anywhere soon the chance to go again into the mountains like that. 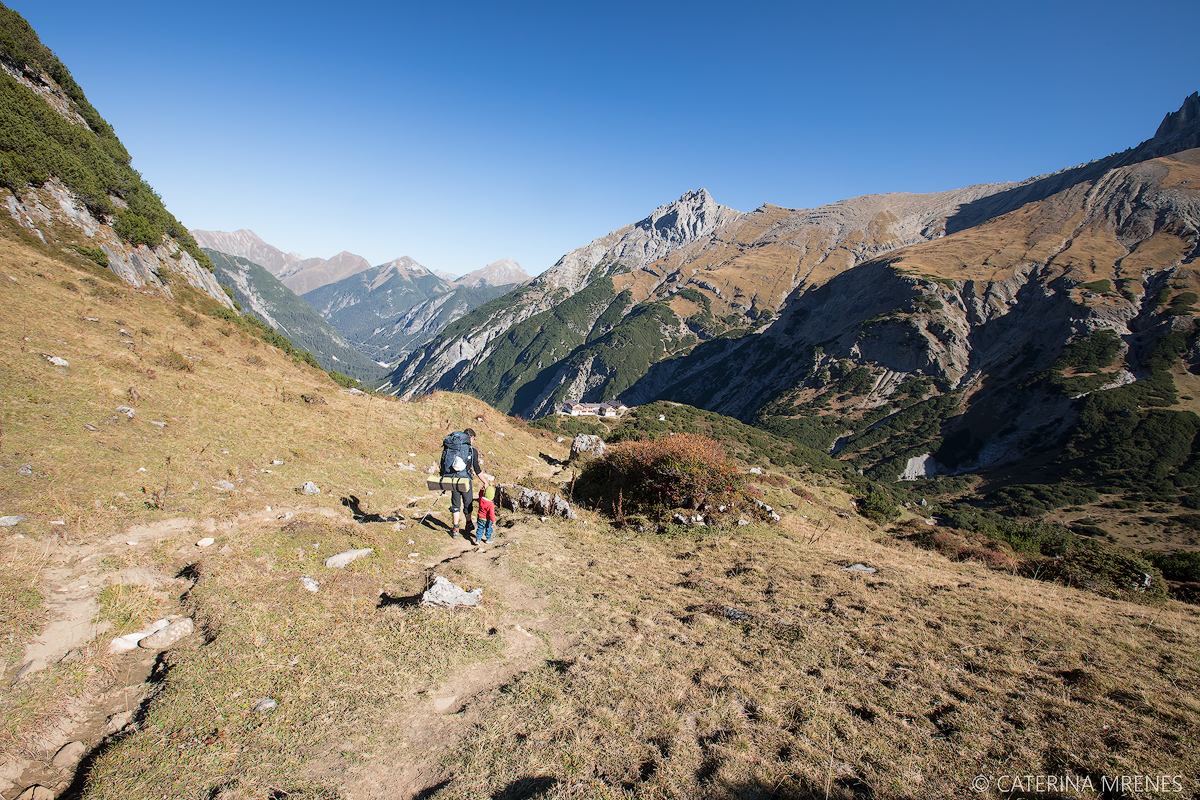 Hut in sight. By now closed for the winter.